The Real Talk with Amethyst

The Wonder Woman of Ink & The Aphrodisiac of Talk 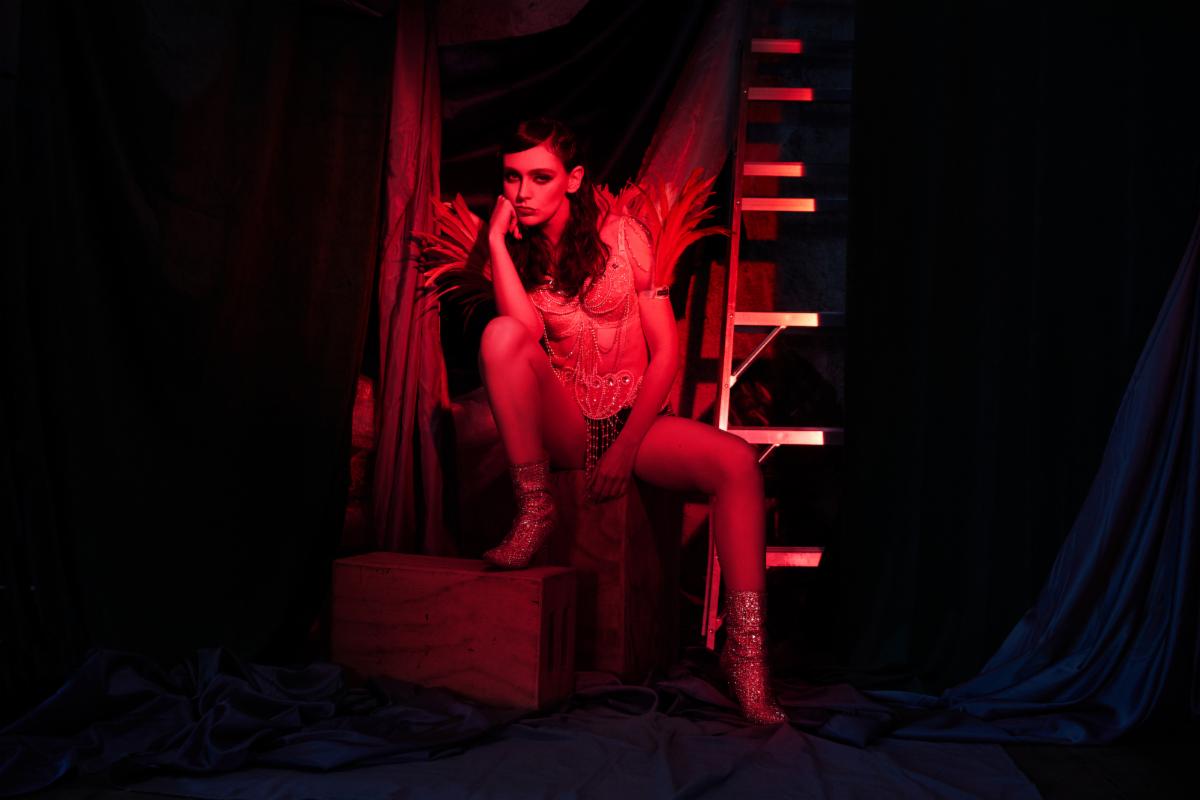 Today, LA-based dark-synth pop artist, L'FREAQ, shares battle cry title track, "Showgirl," from her sophomore EP, Showgirl, due out on September 23, 2021 via Position Music. Furthering the story from the debut single and music video for "Gimmick," it's clear that the upcoming EP is absolutely stacked with metaphor, all-star fashion, witchy vibes and an important message about the role media plays with children -- especially young women. L'FREAQ is turning trauma into triumph, tapping into her heart and getting out of her head.

From puppet to powerhouse (just like in The "Gimmick" video), L'FREAQ breaks free of the monotony and shreds through the brainwashed stereotypes, as she literally shreds on a guitar. "Gimmick" showed L'FREAQ embodying themes of resiliency in a time of self-doubt, combining heart-pounding beats with passionate lyrics about believing in the power that everyone inherently owns and nobody else can take away. It also emphasizes L'FREAQ's expansive "robust range (Refinery29)," which is also on full display in her recent live and unplugged version of "Gimmick." This new track follows in those footsteps and takes it further into a deeper love of music, family and personal freedom.

On the title track, L'FREAQ says:

"My mother on I have been on an incredible journey together. She is my collaborator, photographer, and inspiration. I was about 8 years old when my parents divorced which sent me into a deep spiral of sadness, and shortly after that, she started dating a musician who was an all-around bad character. This made my relationship with music complicated and eventually forced me to rediscover why I love it. The experience of being beholden to him from around age 8-18 was incredibly difficult, but my bond with my mother actually strengthened through this and I wrote this as a battle cry for her — “hold your hands up to the sky, feel the freedom as you cry POWER." This song is a testimony to my relationship with my mother, a dedication to my delicate youth, and a reminder to anyone who needs it to stand in their deservingness and power."

Having recently performed for Backline's "Set Break" live stream alongside Alanis Morissette, Tom Morello, Ben Folds, Sara Bareilles and more to raise funds and awareness for mental health services to be distributed to music industry for free, L'FREAQ has been a champion for her community. This song is another chapter of that consistent commitment to rise up and bring people with her.

L'FREAQ, continues to remain an open book of emotions for fans as she lays out her own experience with rejection and struggles with mental health. L'FREAQ belts, "Got the courage to be vulnerable, got the guts to wear the crown, cause I dare to bare it all, I refuse to water down," as a testament of truthfulness and self-confidence even when it's hard. Intimacy on this level allows L'FREAQ to push the storyline forward when it comes to believing in dreams as a reality, especially in the face of adversity. NYLON says, "Look at L'FREAQ, draped in jewels and Cleopatra-esque eye makeup; then look a little harder. Behind the artifice, integrity abounds."

L'FREAQ is all about being inclusive, and she is outspoken when it comes to defending the underdog. As an ally of everyone on the spectrum of gender and sexuality, bullies, racists and sexists are not allowed in L'FREAQ's kingdom. She also shows her love for those closest to her, by highlighting their work: namely her fashion photographer mom, Kelly Cappelli (as seen in Vogue), who does all the photography and artwork for L'FREAQ.

The new release follows L’FREAQ’s debut EP, Weird Awakenings, which played with themes of self-discovery, as well as her 2021 single "Make Me Move." Armed with a full book of poetry, L'FREAQ took pieces of her work and composed songs with Mike Irish, who also produced and mixed the EP at Shifted Recording Studios. The EP was mastered by Stuart Hawkes at Metropolis London Music. They took their time in discovering a sound that felt genuine, one that explored all the raw places she had been longing to find. Together, they created a modern amalgamation of L’FREAQ's dark, thoughtful poetry and her raw musical instincts, which inevitably alchemized into songs that are all at once aggressive, sensual and moving.

Having shared a stage with ABBA, India.Arie and Jakob Dylan, it’s important to note her live performance prowess, even without tour dates on the books (speaking of longing). L'FREAQ played a packed NYC performance debut at SoHo House, and channeled Britney Spears (especially during her ferocious "Toxic" cover"), Nick Cave and Beats Antique vibes. The Deli Magazine later dubbed her “NYC’s Favorite Emerging Artist.” She's also currently playing Amy Winehouse in Las Vegas show "27", and has been featured on the news several times for her iconic portrayal of Winehouse, who inspired her to sing in the first place, leaving audiences moved to tears from the experience.

With over 500k streams, 240K plays on YouTube, and songs featured in “Riverdale,” Playboy, Netflix’s “Dating Around, "Good Trouble," "FBI," "The Voice," "City on a Hill" and more — all born from her 5-song debut EP, it's safe to say this follow-up EP is highly anticipated. Stay tuned for more visual components to follow, along with brand new singles. Showgirl is on the way.

Oops, you forgot something.

The words you entered did not match the given text. Please try again.

Oops! This site has expired.

If you are the site owner, please renew your premium subscription or contact support.